Super League: “FC Zurich has a soul, a state of mind. It’s very strong what it achieves” – rts.ch

Ten Super League days are still on the program and there is still suspense before a weekend animated by YB-Zurich and Servette-Sion. RTSsport consultant, ex-international Stéphane Grichting takes a relevant look at this season and what remains of it.

RTSsport.ch: When we analyzed the Super League together 6 months ago, almost everyone agreed that FC Zurich was going to join the ranks. And yet…

STEPHANE GRICHTING: Yes, but it must be recognized that a lot of things have happened, especially for YB and Basel, which have sold major players. In addition to having given up holders and having to compose without Fassnacht, the Bernese have lost their bench depth. They no longer have the same elements, no longer the same reaction capacities. But it is true that Zurich has a lot of merit. Its players form a real collective, difficult to move, “boring” to play and capable of seeking a victory or a draw in the last moments. It’s strong.

Zurich has a lot of merit. His players form a real collective, difficult to move, “boring” to play

RTSsport.ch: Even if the FCZ is still far from the title, its course recalls a little Montpellier 2012 or Leicester 2016. With solidity, of course, but also this impression of a lucky team, even touched by grace at times…

STEPHANE GRICHTING: Yes, we can compare it to these 2 teams. I believe that this season, Zurich is driven by a real sense of community, with a soul, a state of mind. The group is healthy and everyone has gained confidence in this context. Thus, players who no longer put one foot in front of the other a year ago are now evolving at a crazy level. The great merit also goes to Andre Breitenreiter, his coach, who was able to adapt to the Super League, blend into his new environment and who worked accordingly. Now remains to go to the end, which is not done.

RTSsport.ch: A word on one of the pillars of Zurich, Blerim Dzemaili, whom you rubbed shoulders with in selection, a brilliant player but so often underestimated…

STEPHANE GRICHTING: He is indeed a great player. Dzemaili is one of those indispensable guys; we do not necessarily see them when they are there, but we notice immediately when they are absent. Without him, the FCZ is not the same. Blerim is gifted, fair, he leads by example. He returned from abroad last year, he had to overcome personal problems and it logically took 6 months to get back into the rhythm. Now that he has managed to follow through and has found his bearings, he is doing some very interesting things. Mentally and technically, he brings a lot to FCZ.

Dzemaili is one of those indispensable guys. We do not necessarily see them when they are there, but we notice immediately when they are absent 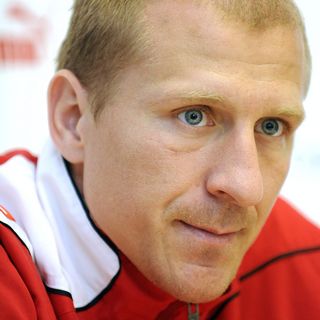 RTSsport.ch: Coming back to YB, didn’t David Wagner get it wrong?

STEPHANE GRICHTING: For Wagner, things were more complicated than for Breitenreiter. The Zurich man had to build with a goal of 3rd or 4th place. Wagner, he had to aim for a title to do at least as well as Hütter or Seoane. He was immediately under pressure. Admittedly, he was not necessarily served by fate, but perhaps he did not actually take the measure of the Super League. He didn’t really feel like he could fit into the “YB mold”. Was it a casting error?

RTSsport.ch: Basel, meanwhile, seem to be acting a bit hand-to-mouth, away from the solid and dominating FCB of the time. Is there still a real project in Saint-Jacques?

STEPHANE GRICHTING: Basel is swimming in the middle of football business and one can actually wonder about its course of action and its future plans. With David Degen (Editor’s note: the former international who became the owner of FCB), I’m not sure there is a global reflection. We seem to act emotionally, without analysis. The coherent structures of the recent past have been partly dismantled and the FCB is exposed to risks, in particular a loss of stability which could lead to other worries. It is not because for years he had a large lead over all the other Swiss clubs that he will be able to keep it! Moreover, apart from one or two heads, not many people come out of his training center. The paradox now is to see the FCB go elsewhere to look for young people to try to resell them then at a high price. But this is by no means a guarantee of success.

STEPHANE GRICHTING: Servette took the bet of the game and had the merit of sticking to it. It is to be welcomed. The Geneva formation remains rather solid and interesting. She brings a nice touch to Swiss football. The club has a coherent project. Even when he loses track, he doesn’t panic. We saw it again this fall, no one is panicking. Afterwards, there is a renewal that will have to take place in the coming months. Philip (Editor’s note: Senderos, sports director of the SFC) will have to be smart about this. You will have to have a keen nose, anticipate, take a subtle path so as not to be mistaken. If the SFC passes this course, it will be able to maintain the standing that has been its since its return to the elite.

STEPHANE GRICHTING: FC Sion have gained in stability, in particular because they have been able to win almost all “6-point matches”, which is new for them. The Valaisans thus avoided getting into trouble. They are now resting on a small mattress that can allow them to “see ahead”. But like what awaits Servette, Gelson (Editor’s note: Fernandes, sporting director) will have to take responsibility and tighten the workforce this summer. We must erase 10 years of casting errors. He is competent, therefore able to bet on players who really identify with FC Sion. That’s what we need in Valais, not 10 mercenaries. Because you have to realize that it’s a miracle, given the last decade, that the people of Sédu are still in the elite.

You have to realize that it’s a miracle, given the last decade, that FC Sion is still in the top flight.

RTSsport.ch: Lausanne, on the other hand, is about to disappear…

STEPHANE GRICHTING: Yes, but Lausanne lacks everything to stay in the Super League! This club has no soul, no executives, no people who really “hold” it. While originally the Ineos project could be interesting, this is no longer the case today, in particular because the group has not put the right people in the right places. There is a real concern at La Tuilière and the 13 points taken in 26 matches illustrate it perfectly. Some things are mind-blowing in this club.